Just One Drink a Day May Change You Brain

Just One Drink a Day May Change You Brain 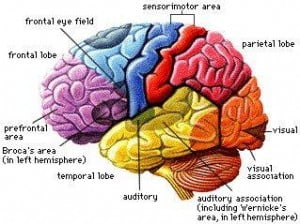 It’s no secret that heavy drinking is linked to potential health problems, from liver damage to increased risk of cancer. But most people probably wouldn’t think a nightcap every evening is much of a health threat. Now, new evidence suggests even one drink a day is linked to detectable changes in the brain, even if it’s not clear whether the alcohol is causing the differences.

Previous research has found that people with alcohol use disorder have structural changes in their brains compared to healthy people’s brains, such as reduced gray matter and white matter volume. But those findings were in people with a history of heavy drinking, defined by the National Institute on Alcohol Abuse and Alcoholism as more than four drinks a day for men and more than three drinks a day for women.

A single daily drink, meanwhile, adheres to the national dietary guidelines from the U.S. Department of Health and Human Services, which advise limits of two standard drinks for men and one drink for women each day. (A standard drink is 12 oz. of beer, 5 oz. of wine, or 1.5 oz of liquor.)

But could even this modest amount of alcohol make a difference to our brains?

Researchers examined functional MRI brain scans from 36,678 healthy adults, ages 40 to 69, in the United Kingdom and compared those findings to participants’ weekly alcohol consumption, adjusting for differences in things like age, sex, height, socioeconomic status, and country of residence, among other factors.

also noted that they could tell the difference between brain images of people who never drank alcohol and those who drank just 1 or 2 drinks a day. “Consuming just one alcoholic drink daily (or two units of alcohol) could be associated with changes in gray matter volume and white matter volume in the brain,” the authors write in Nature Communications. And going from one unit of alcohol to two—about a pint of beer—was linked to changes similar to two years of aging in the brain.

Other than comparing the changes to aging, however, it’s not yet clear what the findings mean until the scientists conduct more research, including looking at the genetics of study participants. The study also has several drawbacks. The participants are all middle-aged Europeans so findings might be different in younger people or those with different ancestries. Participants also self-reported alcohol intake for the past year, which they might not recall correctly or which might differ from previous years, including past years of heavy drinking. And since the researchers compared drinking habits to brain imaging at one point in time, it’s not possible to say whether alcohol intake is actually causing the brain changes observed.

Still, the findings give pause to whether national guidelines should be revisited and whether it’s better to cut that evening drink to a half glass of wine instead.